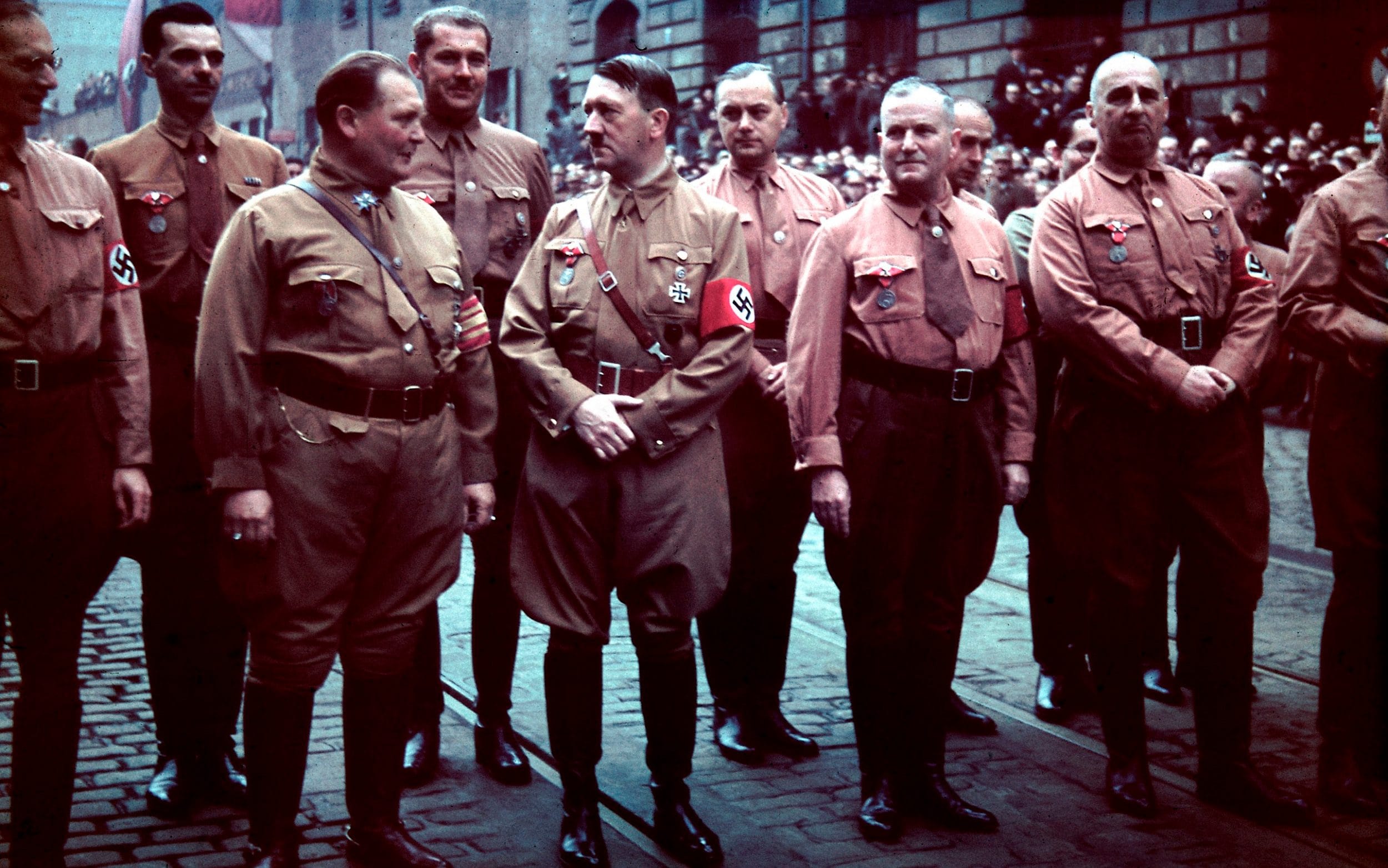 The 20th Century saw the rise of what can be considered some of the evilest men to ever gain power. From Stalin and Mao to Mussolini and Hitler, these men would go on to kill millions leading many to look back and wonder what could have happened had they been stopped in time. In this article, we’re going to look at the early political years of Adolf Hitler and how he almost lost his life and became an insignificant part of the history of turbulent 1920s Germany. The course of history was changed through the instinctive actions of one of his loyal followers, a man named Ulrich Graf.

A notable member of the early members of the Nazi party, Ulrich Graf was born in Germany back in 1878. Upon the outbreak of the First World War, he would go on to fight in the Kaisers army. Following the defeat of Germany, Graf returned to a broken country and signed up to join the precursor to the Nazi Party, the German Workers Party. It was known as the DAP until Adolf Hitler took it over, renaming it National Socialist German Workers’ Party or NSDAP.

The violent years of post-WW1 Germany meant that the Nazi Party required muscle to protect themselves and to enforce their political beliefs. In 1920, a paramilitary group called the Sturmabteilung or SA was formed to protect the high ranking figures within the Nazi Party such as Hitler and his inner circle. Known as Stormtroopers or Brownshirts, they were handpicked for their toughness and love of violence, their initial task was to maintain order at party meetings before expanding into a far more violent role of subduing the activities of their political rivals through force.

Ulrich Graf, whose Nazi Party membership number was 2882, was one of the initial members of the SA and fitted in well due to being an amateur wrestler. He was soon picked out by Hitler to become part of his close-knit personal protection squad, a decision that would soon save Hitler’s life. The unit was composed of 20 hand-picked men and became known as Stosstrupp-Hitler which translates to shock troop-Hitler. Alongside Graf, other members who would go on to earn a formidable reputation in Nazi politics included Rudolf Hess, Julius Schreck, Joseph Berchtold, Emil Maurice, Erhard Heiden, and Bruno Gesche.

On the 8th of November 1923, Hitler and the NSDAP launched their infamous attempt to start a rebellion in Germany against the Weimar Republic. Graf was among the hundreds of SA men who joined Hitler in his strike in Munich. The men marched upon a beer hall and captured high ranking figures, forcing them to support Hitler’s national revolution. Inspired by March on Rome carried out by Benito Mussolini a year before, Hitler wanted to carry out a similar march on Berlin and he needed their support to make it happen. Hitler’s new prisoners agreed and were released. But as soon as they were free, they turned on Hitler and a heavy-handed response was launched against the coup.

Hitler and his armed SA troops began to march through Munich. As they neared the center of the city, they were blocked by a large detachment of local police bearing arms. This lead to a standoff between the armed opponents. Suddenly, Ulrich Graf who had been at Hitler’s side for most of the march stepped forward and shouted at the police: ”don’t shoot!”. A bullet was let off from an unknown side, leading to a sixty-second fusillade of gunfire tearing through the SA and the police.

Adolf Hitler, who was standing on the front row of the march, was naturally in the line of fire. Ulrich Graf was hit in the shoulder and threw himself on top of Hitler before taking five more police bullets throughout his person. Hitler lived and managed to flee the scene. In the aftermath of the gunfire, fourteen Nazis lay dead alongside 4 police officers. Other soon to be high ranking figures of the Nazi party such as Hermann Göring, were also injured. A heavily injured Graf managed to survive.

Hitler was captured a few days later and taken to trial on the charge of high treason. However, it soon became clear that the trials were a farce and carried out by the Bavarian government who had sympathies with the Nazi cause. Hitler and his accomplices should have been put on trial in the supreme court, but the Bavarian government managed to manipulate the law so that the trial would take place in a Bavarian people’s court. The Nazi party was banned and Hitler was handed a prison sentence of just 5 years, which was the minimum sentence for high treason. He was sent to Landsberg prison, where he would go on to only serve 9 months of his sentence. During this time, he penned his infamous autobiography: Mein Kampf.

Graf, who had avoided a prison sentence, was elected as a Councillor in Munich by 1925 and it’s believed he assisted in arranging a meeting between the recently released Hitler and the authorities in Munich, that would lift the ban of the Nazi Party. It worked and the ban was removed. Graf hastily rejoined the newly established Nazi party.

As the years passed by, Graf fell out of significance from Hitler and the inner circle for reasons unknown. The bullet wounds had taken a heavy effect on his body and he suffered from various illnesses. On Hitler’s birthday April 20, 1943, Hienrich Himmler gave Graf a book that he signed, thanking Graf for saving Hitler’s life, Graf survived the war and died in March 1950.

In order to try and break ties with his past, the Graf family sold his possessions. In 2019, his Blood Order, a nazi medal which was given to all participants of the failed coup was sold at a British auction for £36,000 to an overseas buyer. It became one of the highest-selling Nazi medals in history.

For similar groundbreaking articles like this, check out the Reaper Feed Military History Department!