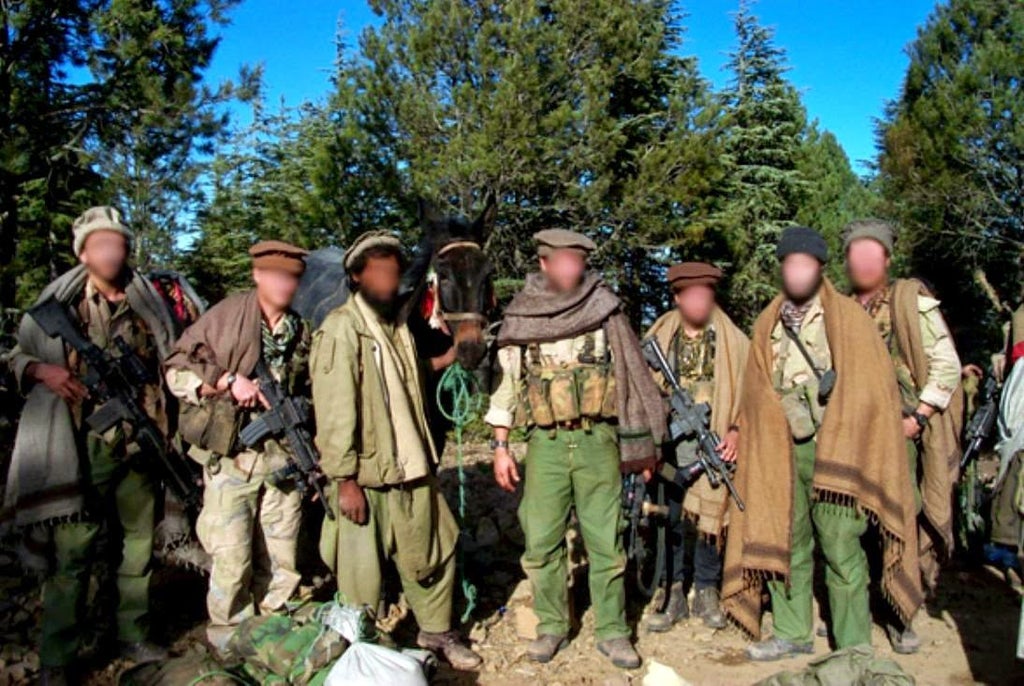 Afghanistan has borne the brunt of war, invasions, and unrest throughout the centuries. Various tactics to control the country from implementing brute force to trying to bribe local tribes in exchange for peace have largely failed. Whether it’s Victorian British, the Soviet Union, or NATO forces, one theme is concurrent with the war in Afghanistan: blending in with the environment is vital. In this article, we’re going to look at five examples of foreign forces dressed in undercover clothing in attempts to blend in with the local population.

The GRU is a Russian acronym that stands for the Main Intelligence Directorate and has been in formation since around 1949. This photo depicts two Spetsnaz GRU operatives posing in traditional Afghan attire as part of their undercover clothing, their prominent Soviet watches on show slightly blow their cover, however.

Interestingly, they’re posing with two weapons that have likely been captured from the Mujahideen. The weapons are a US-made M16 and a West German-made G3, evidence of the assistance given to the Mujahideen from the West in order to destabilize the Soviet Union during the Cold War.

This photo was taken at a base somewhere in Kandahar province and shows a MARSOC Operator in traditional Afghan robes with a tactical green color scheme over the concealed body armor. MARSOC is an acronym that stands for the United States Marine Forces Special Operations Command. Its main tasks are direct action, special reconnaissance, foreign internal defense, communicating threats back to the US, and engaging the nation’s enemies.

Despite his attempts at undercover clothing, it’s no secret that his white complexion and array of tactical gear are likely to be somewhat counterproductive when operating in Afghanistan.

This photo was taken on a Soviet military base sometime during the mid-1980s at the height of the Soviet-Afghan War. The man on the left is a KGB agent named Igor Morozov and he’s wearing the discreet black winter jacket of a Soviet pilot, fake Levis obtained outside of the USSR, and a baby blue sweater.

You’ll notice that he’s carrying his AK over the shoulder in an unorthodox fashion with pointing barrel to the ground. The most common method is to carry the weapon pointing up to avoid picking up dirt when going prone, as well as not shooting yourself in the leg. However, the more elite segments of the Soviet forces preferred the barrel down method claiming that you could start shooting faster from the hip or a knee when carrying a rifle this way. It was also a covert way of demonstrating that they were more highly trained than the average Soviet conscript.

To the right of the KGB agent is an officer of the Soviet Border guards which were an armed service under the intelligence services so often interfaced with undercover KGB operatives. The dog between them is an Eastern European shepherd service dog of the Soviet border police and is still used by Russia and various post-Soviet border forces today to engage said nations border threats.

This photo was taken sometime during the infamous battle for Tora Bora in 2001 during the initial hunt for Osama Bin Laden. Located on the border of Pakistan, the cave complex in the White Mountains of Tora Bora was the hiding place of Bin Laden. A US-led coalition deployed forces direct to launch a two-week assault on the area but Bin Laden escaped. 200 of bin Laden’s fighters were killed whilst Coalition forces thankfully suffered no losses.

The battle of Tora Bora took place in December, shortly after the infamous battle of Qala-i-Jangi where a Taliban prisoner uprising claimed the first American life in the War on Terror.

The photo depicts Delta Force soldiers of the US military on undercover operations with historically important objective criteria deep in the mountains of Afghanistan. Alongside their chest rig setups, many are wearing Scollor style pants. Featured is one of their trusty Afghan horses, which were used in large numbers to engage the enemies of the USA during the early days of the war in Afghanistan. Horses were also vital forms of transport in the unforgiving peaks of Afghanistan where the Taliban and al-Qaeda had set up fortified bases where many vehicles couldn’t reach.

Taking the place at number one is my personal favorite example of undercover clothing. This screen capture of footage taken during Operation Jawbreaker when CIA, Mi6, and special forces of the US and United Kingdom were airdropped into Afghanistan carrying millions of dollars in cash to pay off local warlords and buy the allegiance of the anti-Taliban Northern Alliance commanded by General Abdul Dostum.

These two CIA operatives and their Afghan interpreter are pictured during a ceremony with local Northern Alliance commanders. The man on the left is showing signs of visible special ops strain. Their Afghan robes and headgear covering covert body armor and topped off with military issue Oakley sunglasses is simply peaked aesthetic.