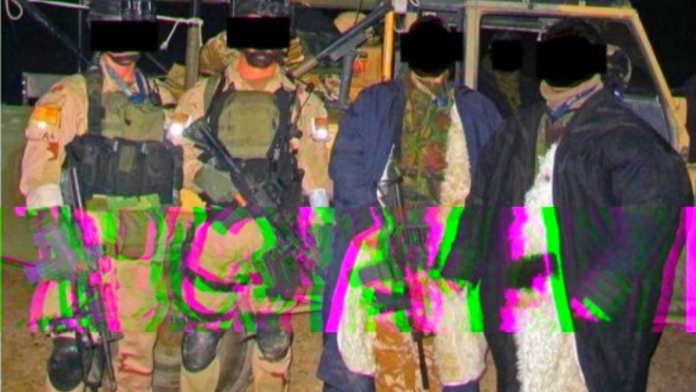 This latest piece of combat footage dates back to the height of fighting in the War on Terror back in 2008/2009. It shows US Special Forces and Afghan allies storm an insurgent house in rural Afghanistan. As they begin room clearing, they come under fire from the insurgents inside and the situation erupts into Close Quarters Combat.

The rounds initially fired by the insurgent ricochet off the AK of the Afghan National Army soldier causing him to flee the house as his weapon had been rendered useless. Unfortunately, he and another Afghan soldier were shot in the back by an insurgent firing out of a murder hole in the room the US soldier clears shortly after. One of the Afghans was killed.

If you pause the footage at the right second, around 0:24 and 0:27, you can see the figure of the stereotypical AK wielding insurgent appearing in the doorway moments before the Close Quarters Combat begins. The US special forces operator’s ability to remain calm throughout the room-clearing despite the carnage taking place at close quarters is commendable. One can only imagine the sheer adrenaline rush and the smell of cordite filling the rooms.

The footage was captured on the helmet camera of a US Army ODA (Special Forces A-Team) sergeant. As they approach the building, You can see terrorists shooting bays and equipment for training. Although the title says it took place in Iraq, I believe this to have been Afghanistan after consulting with native Afghan contacts.

For related content to this article, check out our combat footage section which features cutting edge action from wars raging around the world. There you’ll find everything from amateur drone footage capturing fleeing ISIS fighters being crushed by a Soviet-era tank to the heart-racing footage of the Armenian journalist who was pinned down and shot by an Azerbaijani sniper.