Home Frontline Dispatch When is the best time to visit the Arsenal AK Factory? 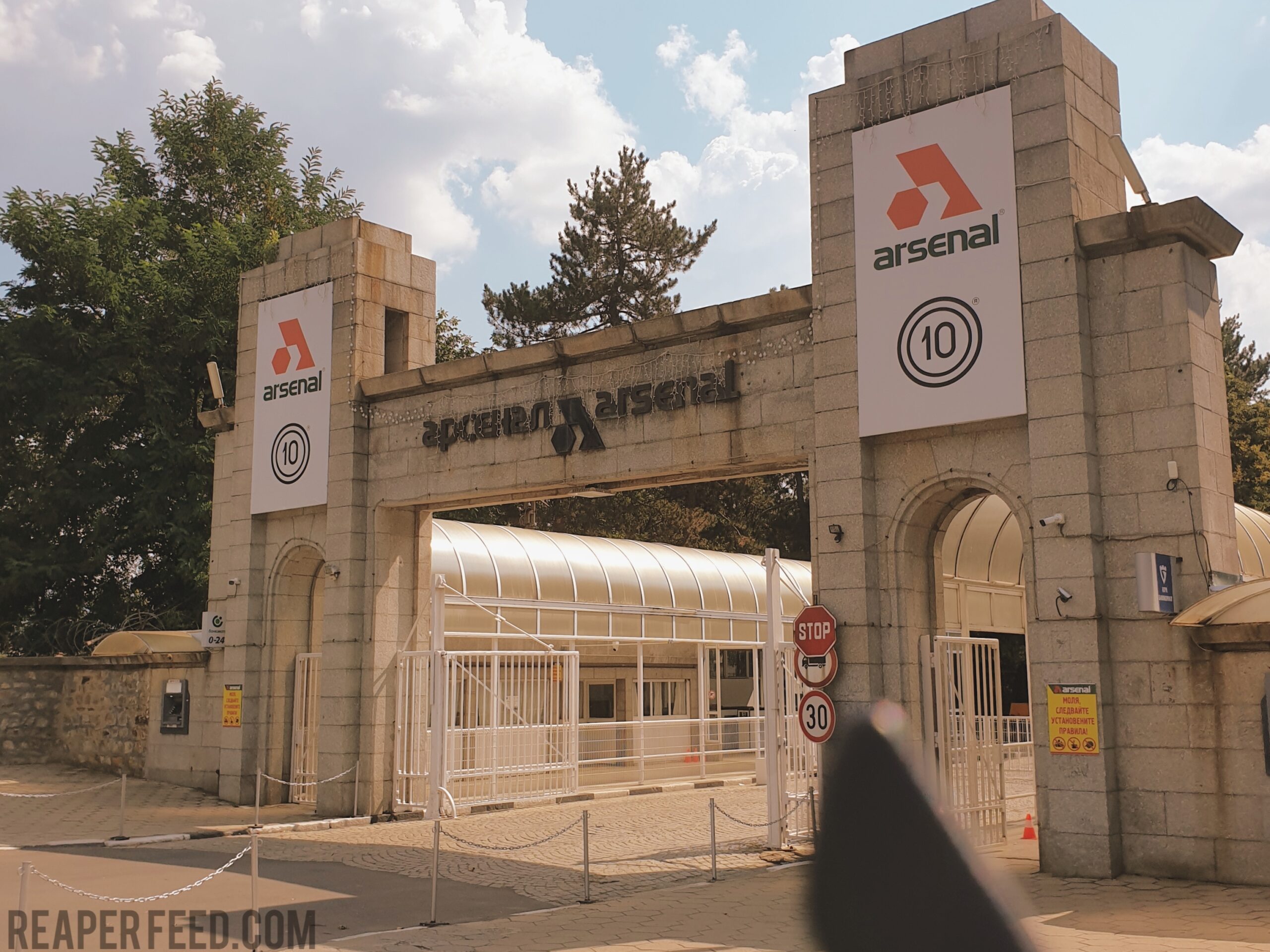 You’d probably assume that for the average Joe, gaining access inside the Arsenal AK factory is nigh on impossible. Well, you’d be wrong. But also right. On our recent road trip through Bulgaria, we wanted to see how possible it is to get inside or at the very least visit the Arsenal AK museum on the factory grounds. so we stopped at the home of the Arsenal AK factory in the town of Kazanlak. This is how it went.

Our day began bright and early in the iconic piece of Communist-era architecture, the hotel Kazanlak. This was the accomodation of choice for Mikhail Kalashnikov himself when he visited the town as well as various arms dealers who came here after the collapse of communism in order to take advantage of the military hardware now gathering dust at the nearby Arsenal plant.

Kazanlak is famous for its production of rose oil and this is the main draw to the town. The town centre is full of stores selling rose products and tourist offices selling excursions to the Rose Museum. However, the discreet presence of Arsenal AK can be seen on various cultural centres, sports facilities, and state hotels within the town, if you go looking for it.

Mikhail Kalashnikov himself attested to the workmanship of Bulgarian Kalashnikovs and classed them as the best variant of the AK outside of Russia. The King wasn’t wrong.

The Arsenal AK factory itself is located around 1.5 miles from downtown. We walked through some industrial areas that looked like somewhere you’d have your kidneys stolen, before finally reaching the foreboding walls of the enormous Kalashnikov factory. The industrial complex stretches back as far as the eye can see. Surrounded by high concrete walls, razor wire and watchtowers, it resembles a Gulag more than a factory.

The Kalashnikov factory is a contradiction of sights. ”Do not stop your vehicle!” read the military style security signs placed on the road that leading to the gates of the Arsenal AK factory. This same road is also lined with well maintained plant pots emblazoned with the Arsenal logo branded on them. The fortified Communist-era gates of the plant are a foreboding sight, but the fairy lights that are draped across them sap some of the intimidating image.

Naturally, me and my friend had been picked up on camera and a suspicious gatekeeper was now eyeing us suspiciously. We asked him in broken Bulgarian if we could come inside and visit the Arsenal AK museum on site which apparently is home to an AK-47 signed by Mikhail Kalashnikov himself when he visited Kazanlak.

For the gatekeeper of a weapons factory, the guard on the gate was surprisingly friendly to these two suspicious foreigners. He informed us that we needed to visit a nearby office to make an appointment to get inside. The woman in the office was equally polite and informed us that, unless we were clients and had made an appointment in advance, the only time guests are allowed in is on Arsenal Day on the 4th October every year and this is the only date that the factory museum opens its doors to the public.

So, our excursion inside the Arsenal AK factory didn’t go as planned. But fate hadn’t abandoned us yet! As we returned downtown and stared longingly at the high walls of the factory disappearing behind us, we found the next best thing: the official Arsenal AK gun store!

Coming through the door we were greeted with a wall full of Arsenal weapons of various forms. Interestingly, these are all civilian variants used for hunting or competition shooting. They can be obtained through applying for a gun license in Bulgaria which is not that hard to do. However, for foreigners, it can naturally be a bit trickier than it is for locals.

The staff running the shop, both of whom were former employees of the Arsenal AK plant but had been promoted to the official factory store, were very friendly. They gave us a rundown on the different Arsenal variants and allowed us to take photographs of anything we liked.

But never mind the bayonets and furniture. ”How much did the Kalashnikovs cost?” I hear you shouting at your screen. Well, I’ve worked in some hellhole countries that are home to some cheap AKs. But Bulgaria is a developed European country. However, the proximity of the Arsenal factory and lack of export costs means these Kalashnikovs are eye-watering cheap.

Again, I’m using Kvar as a comparison here. Note that prices at Kvar are bad in any way, they’re just representative of what the import and export process does to the price of an Arsenal AK. The first example is the Arsenal SAR-M1 7.62x39mm Rifle. Kvar sell a similar SAM7R-68 for around $1,369 whereas the factory store in Kazanlak sells the SAR-M1 for
around 1,200 Leva or $735.

After getting our fix of everything Kalashnikov, we loaded up on the Arsenal souvenirs we could buy such as bullet-shaped shot glasses with the Arsenal logo. To take advantage of a small Arsenal shop sale my friend bought a couple of plum Kalashnikov bayonets for his AK 74 which were on sale at 77 Leva each or $45. When it came to free souvenirs, we picked up the factory newspaper providing people with all the latest Arsenal news.

I’ll definitely return to Kazanlak, but I’ll make sure it’s in accordance with the Arsenal schedule and incorporates October 4th when the Arsenal AK factory is opened to the public for the day celebrating the factory and its deadly export.

Later on in the trip, we had the chance to get our hands on Arsenal rifles from the Bulgarian AK 47 to the iconic Krinkov, you can read all about that in our article – Hands-on with the Bulgarian Krinkov at Shooter 360 in Plovdiv.