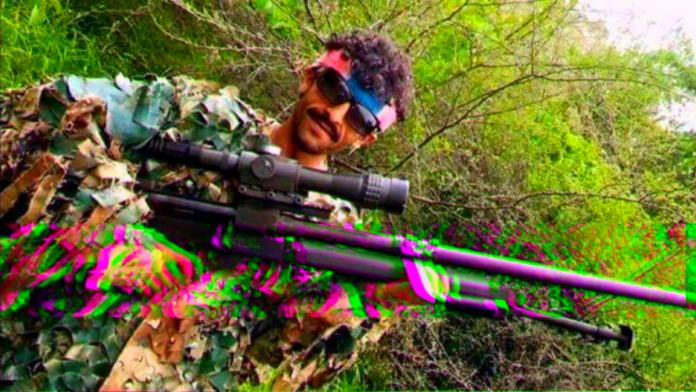 The following combat footage compilation was filmed in Yemen this month. It shows troops of the Saudi coalition using a .50 BMG rifle against Houthi militants with devastating effects. Coincidentally, we recently posted combat footage of Houthi snipers firing a 12.7x108mm rifle against a Saudi soldier, causing him to catch fire in the process, which you can see here.

You may be wondering how a .50 BMG ended up in Yemen. Weapons such as the Barrett Model 82A1 (M82A1) anti-materiel rifle have been a feature of the conflict since 2015. They were initially deployed by the Saudi-led coalition forces of Qatar, the United Arab Emirates, Bahrain, and Saudi Arabia itself. Before long, they began falling into the hands of Houthi forces.

The Iranian AM50 anti-materiel rifle has also increasingly become a feature of the War in Yemen. A more in-depth insight into these weapons and how they’ve appeared in the region before changing hands can be found at Armament Research.

The combat footage of the .50 BMG being used against Houthi militants took place in the current Yemeni Civil War which erupted back in 2015. It’s a conflict that is largely fought between two factions: the Yemeni government led by the Abdrabbuh Mansur Hadi and the Houthi armed movement, alongside their supporters and allies. Both sides claim to constitute the official Yemeni government.