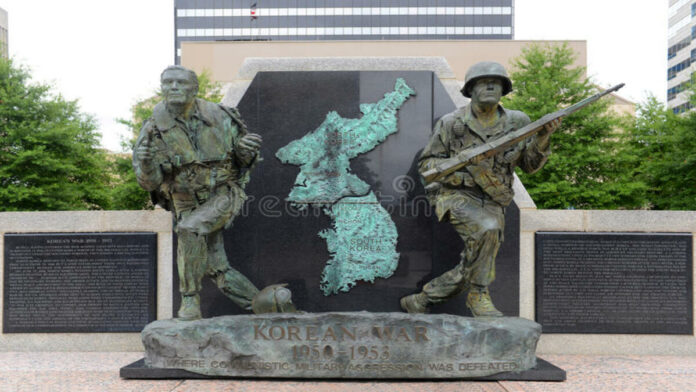 As noted by the RAND Corporation research report Blinders, Blunders, and Wars: What America and China Can Learn, “Problems encountered in the top portion of the information value chain—the use of knowledge and judgment to choose a final course of action—may significantly hinder decision-making for several reasons”. Effectively the information value chain is a way to properly analyze decisions which encompasses “full range of activities needed to create a product or service”, often being used in the financial sector to “increase production efficiency so that a company can deliver maximum value for the least possible cost”.

Some of the problems in the Information Use area include information not reaching policymakers or upper level commanders due to bureaucratic models, general biases, technology being unable to stop human error, and purely poor decision making based upon the limits of governments.

Thinking about my own studies into intelligence work, the way militaries have conducted themselves and both listened to and disregarded intelligence, I found myself considering the lead up to one of the most disastrous U.S. military endeavors, the 1950 Battle of the Chosin Reservoir.

Parochialism in the Battle of the Chosin Reservoir

While the Korean War is not often studied or remembered by the average American, the problems highlighted with Information Use can all be found by using Chosin as a case study.

The Korean War began when North Korea crossed the 38th Parallel into the South in June of 1950, seeking to reunify the Koreas under the banner of Communism. Largely because the U.S. desired to halt the encroachment of Soviet Communism throughout the world (in addition to desiring to protect the sovereignty of their South Korean allies), they appealed to the UN who allowed the U.S. to begin making preparations for an invasion force, under the command of General Douglas MacArthur. Thanks to a masterful, risky, and inventive amphibious landing, MacArthur was able to rescue Inchon and Seoul before pushing the North Koreans back across the 38th.

From a containment standpoint, the war was completed and could be called a success, but MacArthur decided to press on into North Korea and try for the bold strategy of unifying Korea under democratic rule, directly ignoring President Harry S. Truman’s orders. Eventually, U.S. Marines and a few U.S. Army units were stopped at the Chosin Reservoir during one of the worst winters in Korean history and became engulfed in fighting against the North Korean and Chinese army units; with supply lines overextended and aerial support becoming scarce, the Americans were forced back across the 38th and incurred heavy casualties.

Examining the intelligence on Chinese troop movements that the U.S. had, it is apparent that the senior commanders should have been aware of this information, but was stopped primarily due to the general biases held. While the Central Intelligence Agency’s Director, General Walter Bedell Smith, did write thoughtfully of Chinese operations in the region, writing that the Chinese, “probably genuinely fear an invasion of Manchuria … [and would develop a protective barrier along their border] regardless of the increased risk of general war” and sent a memo to President Truman undoubtedly asserting that, “Chinese Communist troops had crossed the Yalu en masse and were flooding into North Korea”, MacArthur and his G-2 (intelligence chief, Gen. Willoughby) had their own intelligence fiefdom and resented CIA involvement, denying their estimates and accepting no intelligence from the Agency. Due to the bureaucratic processes (in addition to fears of power being taken away), information was denied to mid and lower level military commanders. In terms of how MacArthur’s intelligence service operated, it was built on “an intuitive approach that mingled the hard facts of enemy capability with hunches about the enemy’s presumed ethnic and racial qualities”.

This, combined with MacArthur’s own perceived insights into Asian policy (his 1905/6 trip throughout Japan and China, the rebuilding of Japan in post-WWII), his views on race, and his own arrogance, resulted in intelligence built upon biases and forced his subordinates to “[give] him intelligence that reinforced his already held views”. Hampton Sides, a historian of the Battle of Chosin, spoke of MacArthur’s opinion on China in this way, stating, “[he] was very disdainful of the Chinese as a fighting force. They were a peasant army, they weren’t very well armed, they didn’t have an air force to speak of, so he really was quite, he was quite scornful of, of this notion that the Chinese posed a threat”.

All of these tactics and methods for utilizing intelligence and having information relayed to command made for an extremely disastrous mission that cost lives and resulted in extreme results geopolitically.

The Corruption of Intelligence

Based upon this case study into the Chosin Reservoir, both the lead up and the personalities of those in command, it is apparent that the intelligence was corrupted based upon personal insights into Asian politics (partly built upon prejudices and biases) and a desire for exceptionalism and to show the world the power of the United States.

To me, the pathologies that emerge in the information value chain is that human error. All of the intelligence utilized in the lead up to the Korean War was built upon human characteristics (the need to please others, hatred, overemphasizing importance) and the intelligence given to higher command was sorted based upon what senior commanders (MacArthur and Willoughby) desired to see, not what the facts on the ground truly showed. The information value chain is a good process and way of determining viable intelligence, but it overall must be handled by competent individuals and not be corrupted through institutions or be utilized wrongly by humans.

Preventing this type of pathology is incredibly difficult in this instance as it requires those in command to fundamentally change their overall attitude. MacArthur was intelligent no doubt and had the capability to recognize the importance of military intelligence, but he was also burdened by what he considered his own destiny and legacy (which stemmed from a desire to live up to his father’s esteemed legacy). He seemed to desire to end his career on a high note and accomplish something that would stand the test of time and certainly reunifying a country under democracy would be an extremely high feat.

They’re not meant nor supposed to confirm their commander’s assumptions or biases, but their ultimate goal is to look at all available information and corroborate this with what is known about the military, the individuals in command, the government and their processes, and the history of the region and past decisions made in similar situations. Taking all of those together, they present the real and true analysis to their commanders by combining all of those factors together, even if their commanders don’t want to hear it.

With MacArthur, telling him that the facts on the ground did not correlate with what he himself believed would have been (in his mind) insulting his intelligence and would most likely have quickly resulted in their removal.

Being able to speak truth to power is an important and necessary requirement for any subordinate especially when such extremely important matters like the fate of a region, populace, or the lives of millions for the next three quarters of a century are involved.