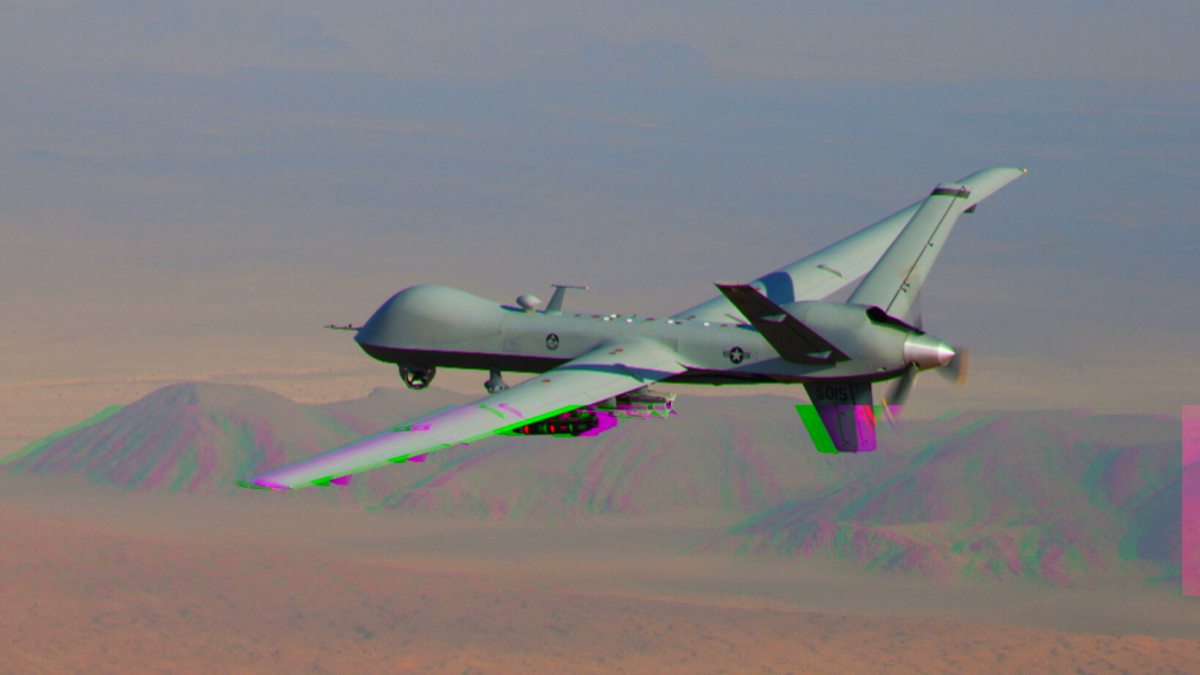 Combat footage captured from a Reaper Drone shows a Hellfire Missile being fired at two Taliban fighters as they cross a field somewhere in Afghanistan. The footage is an example of the devastating firepower of the weapon as one of the fighters, or what is left of him is thrown a huge distance across the field.

The Hellfire Missile Fired from the Reaper Drone

The AGM-114 Hellfire is an air-to-surface missile that was initially created to be used against armored targets. However, as time went on it was modified and the weapon was soon utilized for precision drone strikes that were often carried out against high-value targets (HVTs).

Thus, the Hellfire Missile can be deployed from various platforms whether air, ground, or sea. The most common method of deployment is via the Predator Drone. Currently, the weapon is the primary 100-pound (45 kg) class air-to-ground precision weapon for the US military as well as other armed forces in countries like the UK, France, Saudi Arabia, Turkey, Israel, and others.

The Hellfire Missile deployed from a Reaper Drone has been the weapon of choice when it comes to taking out HVTs around the world. For example, the weapon was used by the Israeli Air Force to assassinate the spiritual leader of Hamas, Ahmed Yassin, back in 2004. The American born leader of Al Qaeda in the Arabian Peninsula, Anwar al-Awlaki, also met his end when he was targetted by the weapon in Yemen back in 2011.

Additionally, the missile has also seen deployment as an air-to-air weapon. The only documented cases of such usage both occurred in Israel. The first was when, on the 24th of May 2001, a civilian Cessna 152 aircraft entered Israeli airspace from Lebanon. After refusing to respond to Air Traffic Control warnings an Israeli Air Force Apache Helicopter attacked the aircraft with a Hellfire Missile. The aircraft was naturally eviscerated in mid-air.

The second incident took place more recently in February 2018, when a UAV of the Iranian Air Force was said to have crossed the Syrian border and entered Israeli airspace. An Israeli Apache was once again dispatched and destroyed the drone.

For military-grade gear, merchandise, and more, be sure to check out the Reaper Feed store at reaperfeed.supply!