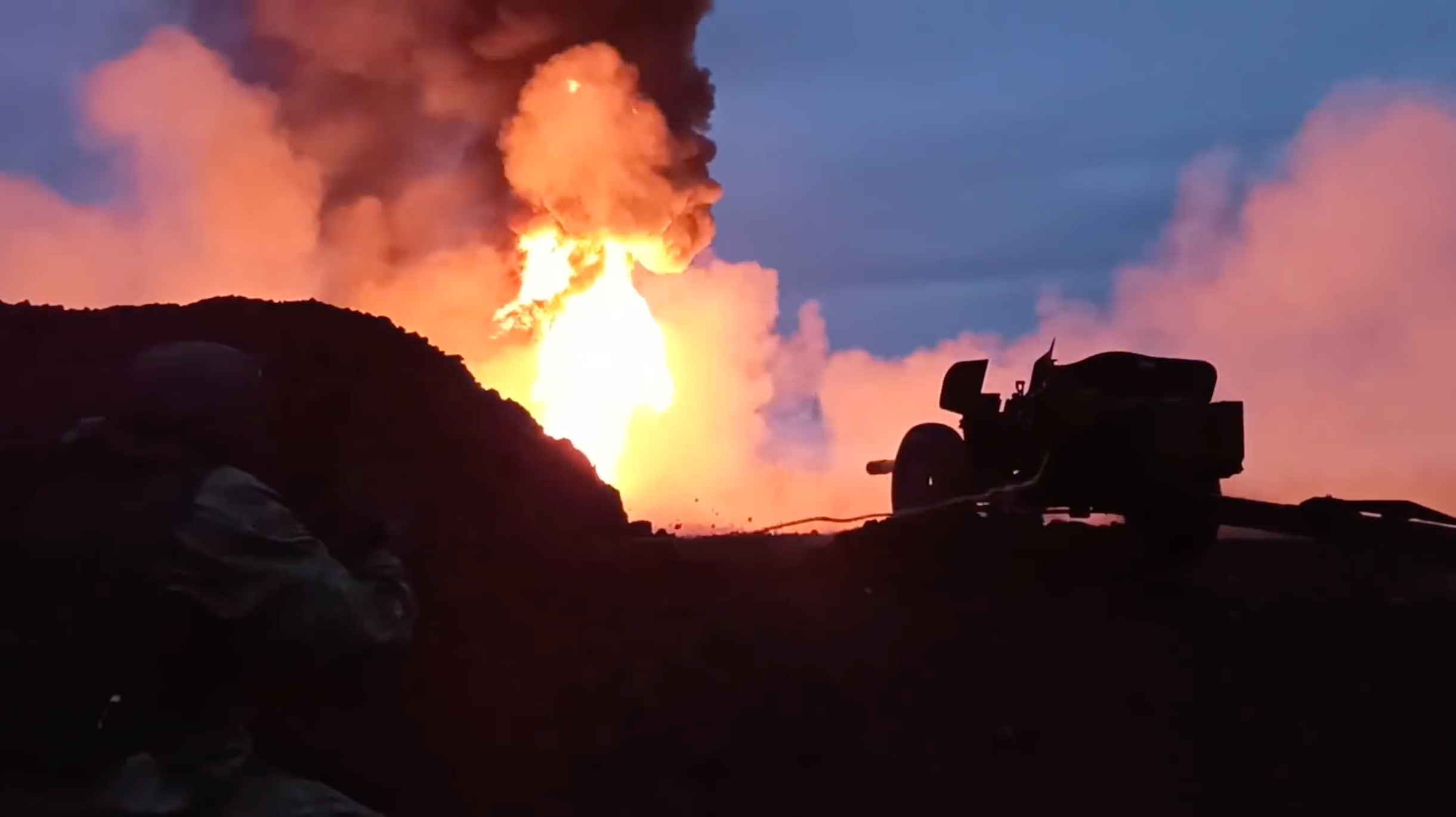 In the Siberian region of Irkutsk, an oil well fire erupted due to a depressurized wellhead. The fire continued to burn into the night and needed to be dealt with fast. The plan to fix the out of control blaze led to the most Russian response I’ve ever seen: shoot the fire with an anti-tank gun manned by Russian troops. It worked.

The operation was captured on camera by the Russian ministry of defense who later reported that they flew Russian troops and an MT-12 anti-tank weapon from Samara to Irkutsk, a journey of over 2,000 miles.

On arrival, the Russian troops set up the 100mm anti-tank gun 185 yards away from the blaze and proceeded to fire multiple rounds at the failed wellhead. They successfully blasted it off before moving in to seal the well and choke out the fire.

Using explosive blasts to extinguish large fires is a long-established technique. But deploying an anti-tank battery to do so is a new one. During the Gulf War in 1991, the US utilized explosive charges to snuff out oil well fires that had been started by retreating Iraqi troops who set oilfields alight on their way out. In this example in Russia, the blasts from the weapon likely choked off the oxygen fueling the fire. Just like blowing out a candle, but Russian style and on a larger scale.

Our men broke off the wellhead with a jewelers precision. They then used equipment to seal the well and put out the fire

Similar bizarre methods have been used to fight fires in other parts of the world. In Sweden back in 2018, a fighter jet of the Swedish Air Force dropped a 500-pound class GBU-49/B Paveway precision-guided bomb onto a forest fire in the country. It was seen as the only option because the fire had spread to a military firing range making it impossible for firefighters to enter due to the threat of UXO.

In 2020, most countries have dropped towed anti-tank weapons in favor of high tech, guided anti-tank missiles. Russia still has a cast Soviet-era stock of these weapons and has no intention of letting them go to waste. Despite that most of the world considers such weapons to be obsolete, anti-tank guns like the MT-12 offer a cheap way of increasing static defenses against armored vehicles and softer targets.

The usage of one of these guns to Siberia demonstrates how they can be rapidly deployed to provide additional firepower. The Russian oil workers stationed at the site of the blaze were no doubt happy to see these old Soviet guns manned by modern Russian troops and still in service.

For similar articles to this be sure to check out our Russia department focusing on all aspects of the Russian speaking world.