Home Frontline Dispatch Life on a Knife’s Edge – The Women of the Donetsk People’s... 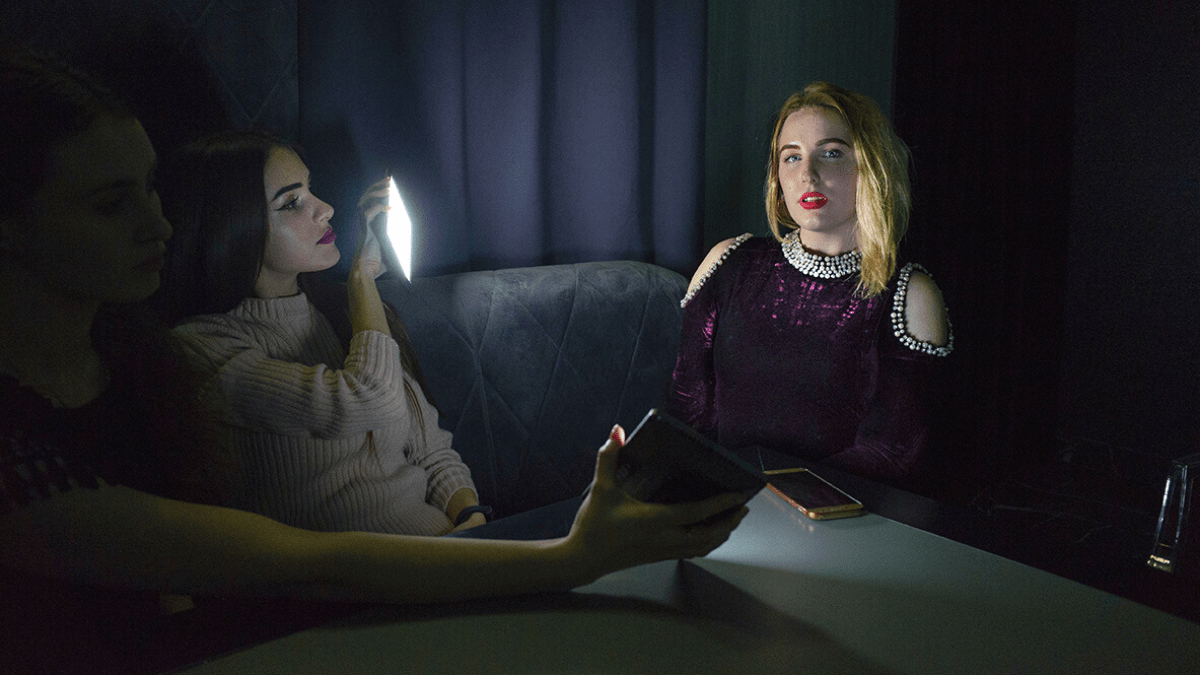 The ongoing conflict in the Donbass region of South-Eastern Ukraine is one we have covered extensively at Reaper Feed through combat footage and the photography of independent war photographers working in the region. A predominantly male-dominated conflict, this article aims to cover the women of the Donetsk People’s Republic living life on a knife’s edge by presenting more of the phenomenal conflict photography of French war photographer, Guillaume Chauvin.

5. The Jetset of Donetsk Living Life on a Knife’s Edge

This photo was captured by Guillaume in one of the very few nightclubs still operating in the self-proclaimed Donetsk People’s Republic. Since the outbreak of the War in Ukraine, grueling urban warfare and a 10 pm military curfew every evening left few reasons to party. But as time went on, a handful of nightclubs reopened in the area. As the local Jet Set living life on a knife’s edge, these young women of Donetsk came to enjoy some Sushi, karaoke, and Shisha. At least until the curfew looms.

Guillaume captured this photo in a hotel room in an area of Donetsk called Novoazovs’k. It shows a local Donetsk woman called Yana grimacing from the cigarette smoke whilst she is mid-conversation with a local soldier who goes by the callsign of ”The Italian”. His nickname stems from his 50/50 Italo-Ukrainian ethnicity. Since joining the local military forces of the DPR, “The Italian” has since gone on to become the political officer of his unit.

3. Life on a Knife’s Edge at Donetsk University

The girl photographed at Donetsk University by Guillaume is named Olya. A native of Donetsk, she has studied French at the university since the outbreak of the war in 2014. Despite the conflict having engulfed almost every aspect of life around her, Olya has remained at the university to soldier through with her studies until graduation. The precarious situation of the uneasy or troubled state of the Donetsk People’s Republic still locked in a relentlessly violent encounter between military forces means her degree will likely be unrecognized outside of the separatist state.

2. An Embattled Babushka Living Amongst a Violent Encounter Between Military Forces

The French war photographer captured this image of a local Babushka in the village of Kominternove in Donetsk Oblast. It was captured in the village store that constantly comes under attack from Ukrainian forces shelling the area and as a result, is without power. Whilst interviewing her Guillaume was forced to cut the interview due to the growing intensity of firefights taking place in the nearby area.

1. Life on a Knife’s Edge and Under Fire

This image was captured in a cellar of a residential block in a suburban town of Donetsk region known as Spartak. It shows a young local woman named Vika who was been residing in the basement of her grandparent’s house since the beginning of the War in Donbass. Vika lost both of her parents prior to the outbreak of the conflict at a time when over 2,000 people lived in the area. Today, Vika is one of the few inhabitants left. Living life on a knife’s edge in a place where the majority of people have fled the fighting.

The War in the Donbass region of Eastern Ukraine has been raging for over 5 years now. It is a largely conventional armed conflict between Ukrainian government forces and Russia-backed separatist militias. The war has killed over 13,000 people and injured and displaced many thousands more.

Disclaimer: This article is bipartisan and does not aim to take sides in the War in Ukraine. It is published to provide an insight into the lesser-seen side of this conflict. All of the photos used in this article are the property of French war photographer Guillaume Chauvin and may not be reused or republished without express permission from himself.