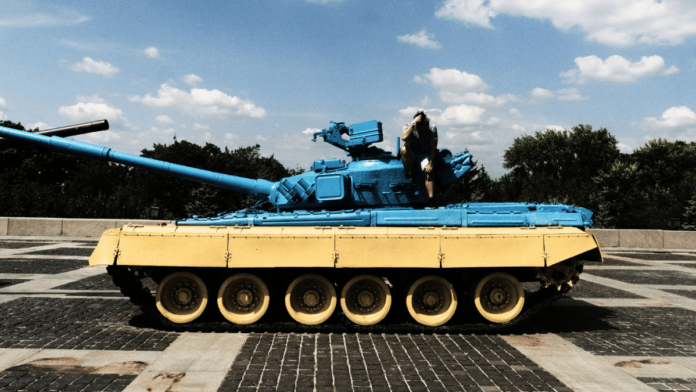 The Battle for Snake Island? Amidst a pandemic and horrific warfare all over the world, 2020 and 2021 have been undeniably dark and crazy years. One of the tensest moments was the build-up of Russian forces along the Ukrainian border in the Spring of this year, sparking fears of renewed bloody conflict in the War in Ukraine.

Thankfully, the build-up turned out to be nothing but a training exercise and the conflict remained a simmering war with the occasional outbreaks of violence between both sides. However, this is still a hot war and in the Black Sea, Ukraine is concerned about a potential new front opening on a place with a foreboding name: Snake Island.

Known as Zmiyiniy Ostrov in Ukrainian, Snake Island is situated in the Black Sea. The nearest town is the Ukrainian settlement of Vylkove from which the island sits 30 miles off the coast. From Crimea, which Russian forces annexed with ease in 2014, it’s around 185 miles.

There’s not much happening on this small but strategic Black Sea island. It’s home to a historic lighthouse built by the Black Sea Fleet of the Russian Empire, a small battalion of Ukrainian tourists, and some shepherds. Regardless, as the Black Sea becomes an increasingly militarized maritime region, the island is becoming a strategic prize.

“This island, like the rest of our territory, is Ukrainian land, and we will defend it with all our might.”

– Volodymyr Zelenskyy, The President of Ukraine.

Following the Russian annexation of Crimea in 2014, the Kremlin has subsequently utilized the strategic location of the peninsula to dominate large sectors of the Black Sea. Sectors that Ukraine argues are rightfully theirs.

However, as the ground war between Russian-backed separatists and Western-backed Ukrainian forces in Donbass stagnates, military observers are concerned that the next major escalation in the seven-year conflict may indeed take place in the Black Sea, with Snake Island being a part of it.

As Snake Island is situated near the mouth of the Danube Delta, any military force that chose to occupy it would have a crucial position in the Black Sea near the mouth of one of Europe’s main waterways. The area is also rich in natural resources like petrol and gas.

But it’s not just military observers who have noted this. Ukraine is actively aware of the island’s vital position, its vulnerability and its risk of being involved in a renewed conflict. It was recently visited by Ukrainian President Volodymyr Zelenskyy.

Related articles to Snake Island and the War in Ukraine

As the recent Crimea Platform summit in Kyiv loomed, Zelenskyy made a highly publicized visit to Snake Island to hold a press conference with the Ukrainian media. He admitted that the location was highly symbolic and vowed to defend it against any military aggression.

But this is far from the first time Snake Island has seen itself in the crosshairs of warring nations. From the Ancient Greeks to the Ottoman Empire and Nazi Germany to the Soviet Union, this small Black Sea island has seen many conquerors come and go.

In fact, it was only in 2009 that a forty-year-old border dispute over Snake Island was put to bed. The dispute was between Ukraine and Romain and was eventually handed over to the International Court of Justice of the UN who ruled in the favour of Romania.

The dispute was over Romania’s refusal to recognize the land as an island. By doing so, it would give Ukraine territorial rights over the waters around it which start into Romanian territory.

With a long and often violent history, it would seem that the story of the small but undeniably foreboding Snake Island is not finished yet.