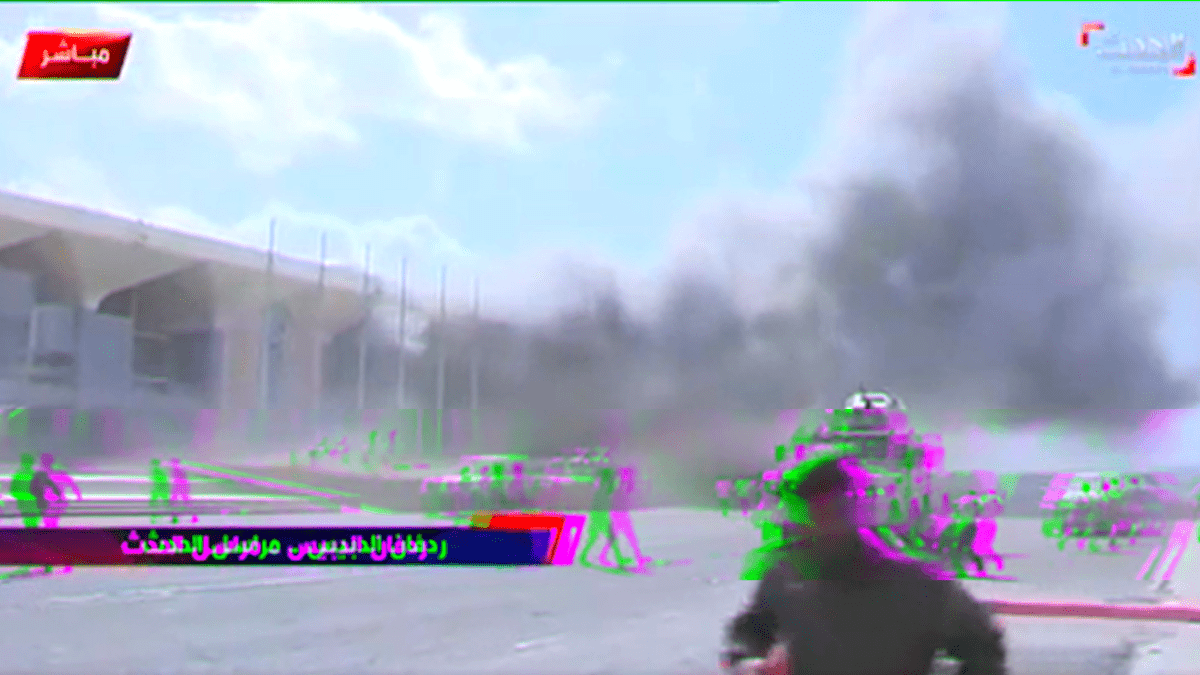 The following shocking footage was captured on the runway of Aden Airport in Yemen. As the newly formed Yemeni government arrives on the runway, they are targeted by what appears to be either a suicide drone or a missile. As the scene turns into all-out chaos, gunfire erupts in the confusion.

Despite the carnage, the reporter stands firm to capture the incident. In the following video filmed from a different angle, the suicide drone or missile can clearly be seen hitting the runway and detonating. Many have since claimed that the drone is indeed a missile attack.

One of our readers pointed out that, despite being blurred and fast-moving, the shape, and length of the weapon suggests that it is an MLRS style missile, which is very common in the conflict in Yemen. However, these weapons are known for being fairly inaccurate, so it landing even this close is a bit of a surprise if it is one. Also, the fact that it explodes into a fireball suggests improperly balanced “homemade” explosives, rather than military munitions.

THE WAR IN YEMEN

The attack on the new Yemeni government is yet more violence resulting from the ongoing war in Yemen which erupted back in 2015. It’s a conflict that is largely fought between two factions: the Yemeni government led by the Abdrabbuh Mansur Hadi and the Houthi armed movement, alongside their supporters and allies. Both sides claim to constitute the official Yemeni government.