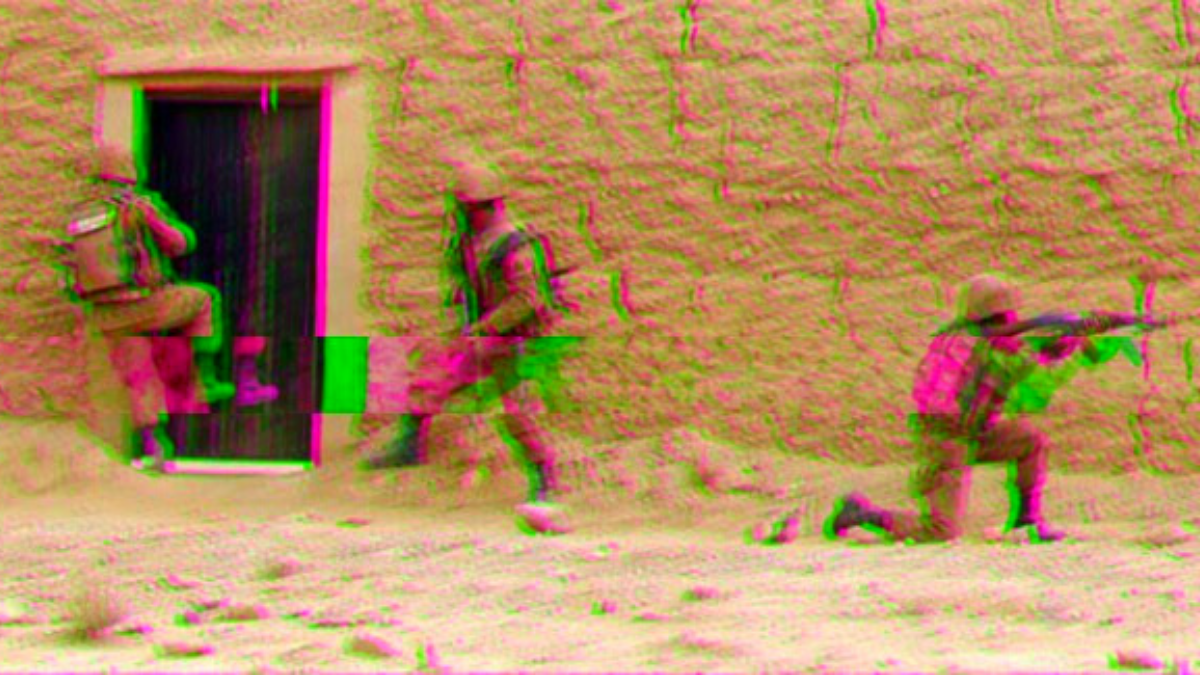 This combat footage came from the mountains of Pakistan on the border of war-torn Afghanistan. As Pakistani soldiers approach a compound in order to secure it, Taliban fighters launch an ambush from the front door. Carnage ensues. Be aware, the screams are likely added by the Taliban for propaganda effect as is common in similar footage of this vein.

The combat footage took place in an area of Pakistan known as The Federally Administered Tribal Areas (FATA). These Pakistani tribal regions were ruled semi-autonomously and date back to 1947. The territory was governed by Pakistan’s federal government through a special set of laws called the Frontier Crimes Regulations. FATA is almost entirely inhabited by the Pashtun who are mostly Muslim.

Following the attacks on 9/11 and the subsequent War in Afghanistan, the tribal areas of Pakistan turned into a serious hotbed of Jihadism and terrorism. The area soon became a hub of Taliban fighters laying low from the war in neighboring Afghanistan.

The fighting caused by such operations has unfortunately displaced around two million civilians from the tribal areas. This is largely due to widespread destruction suffered by schools, hospitals, and houses throughout the conflict that have been destroyed in the war. In 2014, it was estimated that almost 930,000 people were internally displaced from North Waziristan as a result of the fighting in the area.

In early 2017, the federal government of Pakistan proposed to merge the tribal areas of FATA with the province of Khyber Pakhtunkhwa, and thus bring an end to the Frontier Crimes Regulations. However, various political parties in Pakistan opposed merging the two provinces. Instead, they demanded that the FATA tribal areas be turned into a separate province of Pakistan.

The FATA is also home to the infamous gun bazaar of Darra Adam Khel where Kalashnikovs and various other weapons, often homemade, are on sale for the price of an iPhone. We covered it in our article ”Extreme tourism in the gun markets of Pakistan” which you can read here.