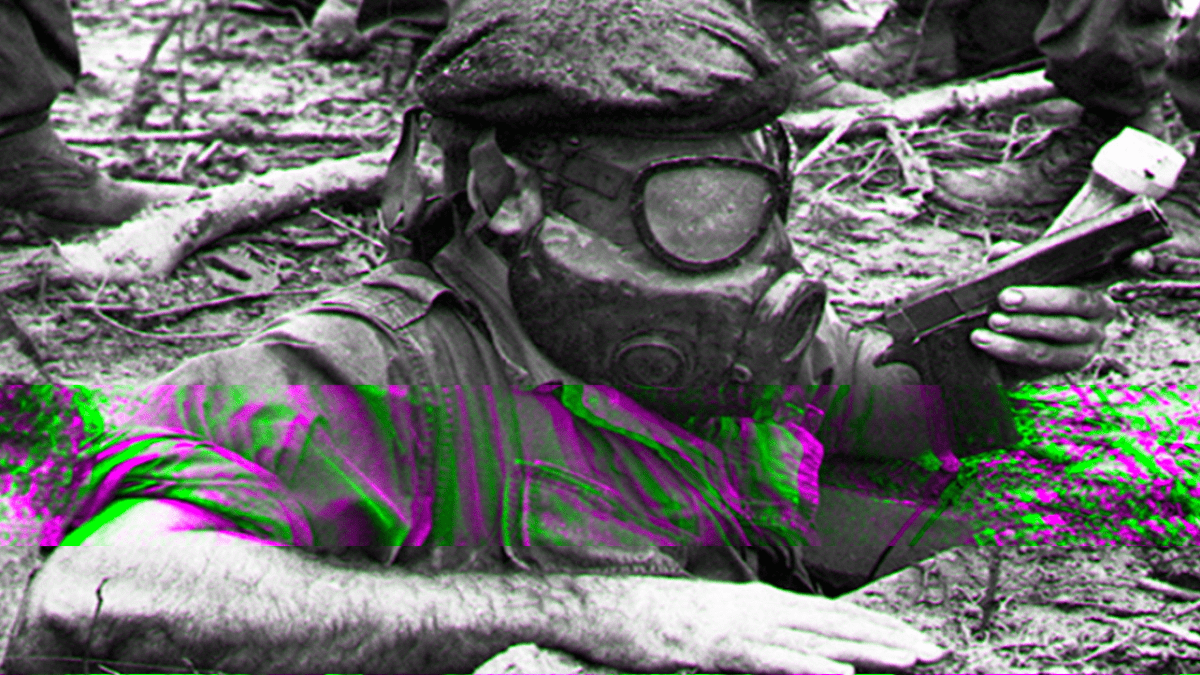 In the following excerpts from the documentary “First Kill”, decorated U.S. Army veteran Billy Heflin describes in brutal detail what it was like for him to be a “tunnel rat” in the Vietnam War. Heflin talks about body counts and cutting the ears off dead Vietcong fighters to pondering whether he will go to hell for the cruel things he has done in combat.

This interview is one of the most blunt and unflinching insights into hand to hand combat I’ve personally seen. Additionally, it provides a look into the personality and life of Heflin and many other Vietnam War veterans in the post-war era. For Heflin, it meant a daily carry of a 5th of whiskey, a pound of pot, and a machete.

Generally, the smallest men in their unit measuring around 5 ft 5 in, tunnel rats were infantry and combat engineers of the Vietnam War who volunteered for the role of seeking and destroying tunnel complexes used by the Vietcong. Tunnel Rats were used extensively by both the U.S. Army and the Australian Army in Vietnam.

Tunnel warfare in Vietnam was born during the opening phase of the war when the Viet Minh created an extensive system of subterranean tunnels in order to wage a guerilla war against the forces of Colonial France. As the war progressed, the Vietcong expanded and upgraded the tunnel systems extensively. They soon featured everything from hospitals and training areas to barracks and HQ rooms. Thanks to advanced ventilation systems, the Vietcong fighters were able to remain hidden below ground for months at a time.

“Non Gratus Anus Rodentum (“not worth a rat’s ass”).

– The Unofficial Motto of the Tunnel Rats

The first tunnel rats are said to have been formed between 1956 – 1966 and were an Australian combat engineering unit called 3 Field Force. Shortly after, U.S. Army units began to utilize such units in order to combat the devastating effect of the underground VC bases. The extremely dangerous role of a tunnel rat was to enter these dark and lethal tunnels with the aim of gathering intelligence inside, killing or capturing enemies inside, or outright destroying the complexes.

Naturally, grueling close combat was a defining feature of tunnel rat warfare. The standard issue of a tunnel rat often consisted of a M1911 pistol, a knife, a flashlight, and high explosives. However, the intense muzzle blast of the M1911 pistol in confined spaces of the tunnels made it unpopular amongst many tunnel rats. So many alternative weapons were also used.

Small with a lot of stopping power, the classic .38 Special revolver soon became a popular weapon amongst the unit, especially when fitted with a silencer. Additionally, sawn-off shotguns and .25 caliber automatics were also used. There were even a few cases of tunnel rats using suppressed High Standard HD .22 automatics that were used by the OSS during the Second World War.

Inside these deadly tunnels, Vietcong guerillas were not the only threat awaiting tunnel rats. The enemy tunnels were also laden with various body traps such as tripwires, mines, and punji sticks. Vietcong was also known to use live body traps against tunnel rats such as venomous snakes, spiders, or scorpions.

Tunnel Rats were some units most heavily exposed to the extensive use of Agent Orange on the ground during the Vietnam War. This was a result of the Agent Orange making its way into the tunnels from the topsoil. Many tunnel rats subsequently breathed in contaminated air whilst inside the tunnel networks.

The tunnel rats fought in one of the most terrifying and hazardous combat environments of the Vietnam War. As a result, the PTSD aftereffects upon returning home were some of the worst of many Vietnam War veterans. The interview of Billy Heflin, who passed away in 2016 as a result of his exposure to Agent Orange, stands as a testament to this.