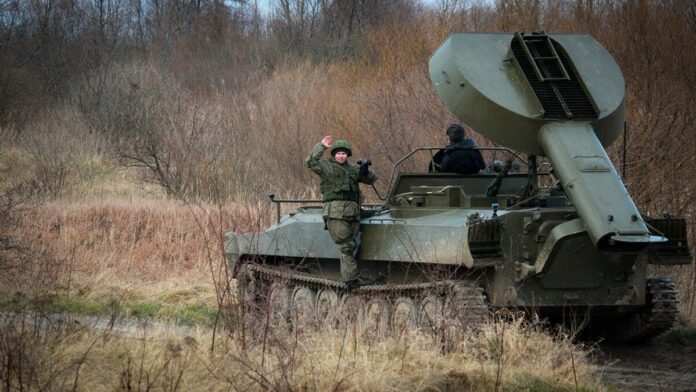 In this video you can see a lesser-known UR-77 meteorite vehicle. The vehicle was designed as a minesweeper, which was supposed to make its way through big minefields by just blowing them all off. However, in a move typical for Russian lad forces, they started using these to destroy fortifications and city blocks—all due to the fact that the charge of the UR-77 is very big—725kg.

So in the video, you see this ridiculously big blast, which makes you think that a tactical nuke was used to destroy this stand alone machine. But in fact, it is most probably just a hand-held grenade being dropped from a civilian-grade UAV.

And here is what’s left of the vehicle. The reason for such a fiasco is that this machine was never designed to operate on the front line-it’s maximum range can’t exceed 300 meters.

Want to see more footage? Here is another epic blast.