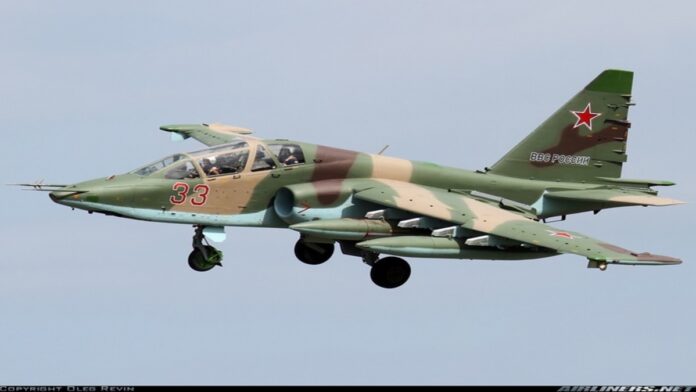 An absolutely incredible video of russian jet-fighter SU-25 being shot down by Ukrainian air defense. You may wonder, what is so special about this one then? Well, it is the only video that comes to my mind that shows you the personal point of view of such non standard situation.

It is really interesting to see how the system works, first hand. So as the plane is hit at the third second, it takes less than 10 seconds for pilot to be catapulted and to land on the ground. The reason for such short timing is of course the fact that the plane was operating at very low altitude, around 120 meters. Most likely, his plane was shot down by a MANPAD like stinger or Igla.

UPD.
This location was geolocated. It was filmed at 50.83373 37.03762, Belgorod region.
The video was taken during training on 17th of June, and instead of being hit, the jet flew into high voltage cables.
Related footage: