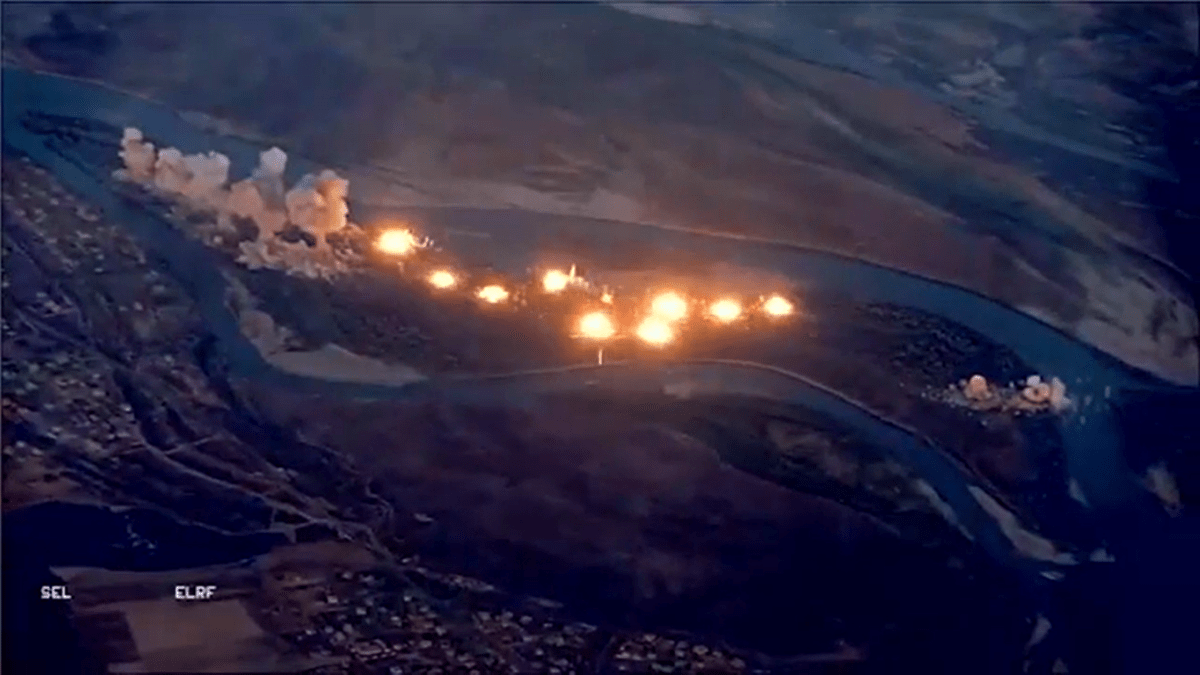 The following combat footage took place in 2019 during the war against ISIS. On the infamous island of Qanus in Iraq, a U.S. Air Force team targetted island vets of Daesh after they launched a devastating carpet bombing upon the rigid military position held by ISIS fighters on the island.

The devastating carpet bombing attack on Qanus Island comprised over 80,000 pounds of laser-guided bombs. What was once a hub of green foliage and forest, and a perfect hiding place for Daesh militants, was left a battle-scarred and burnt mass of land after the Island vets were wiped out from the rigid military position.

The Island Vets Attack on a Rigid Military Position

Qanus Island is situated on the Tigris River just south of the Iraqi city of Mosul. It has been a target for regular and irregular forces many times over the years. Most recently it was used as a significant transit point for Daesh fighters moving between Iraq and Syria and was an extremely dangerous place as a result. With a U.S. military base just ten miles away, something had to be done.

Armed with over 36,000 kg of GBU-31 munitions, a combined force of F-15 and F-35 jets attacked the island. It’s estimated that around 25 ISIS militants were killed during the attack on the rigid military position. When the smoke settled, Iraqi special forces were dispatched to conduct ground clearance operations and inspect the aftermath.

The carpet bombing of Qanus Island was a key event in taking down a significant transit hub for Daesh fighters moving from Syria and the Jazeera desert into Mosul, Makhmour and the Kirkuk region. The strike took away a significant rigid military position used by ISIS and denied them key hiding areas for smuggling weapons and fighters.