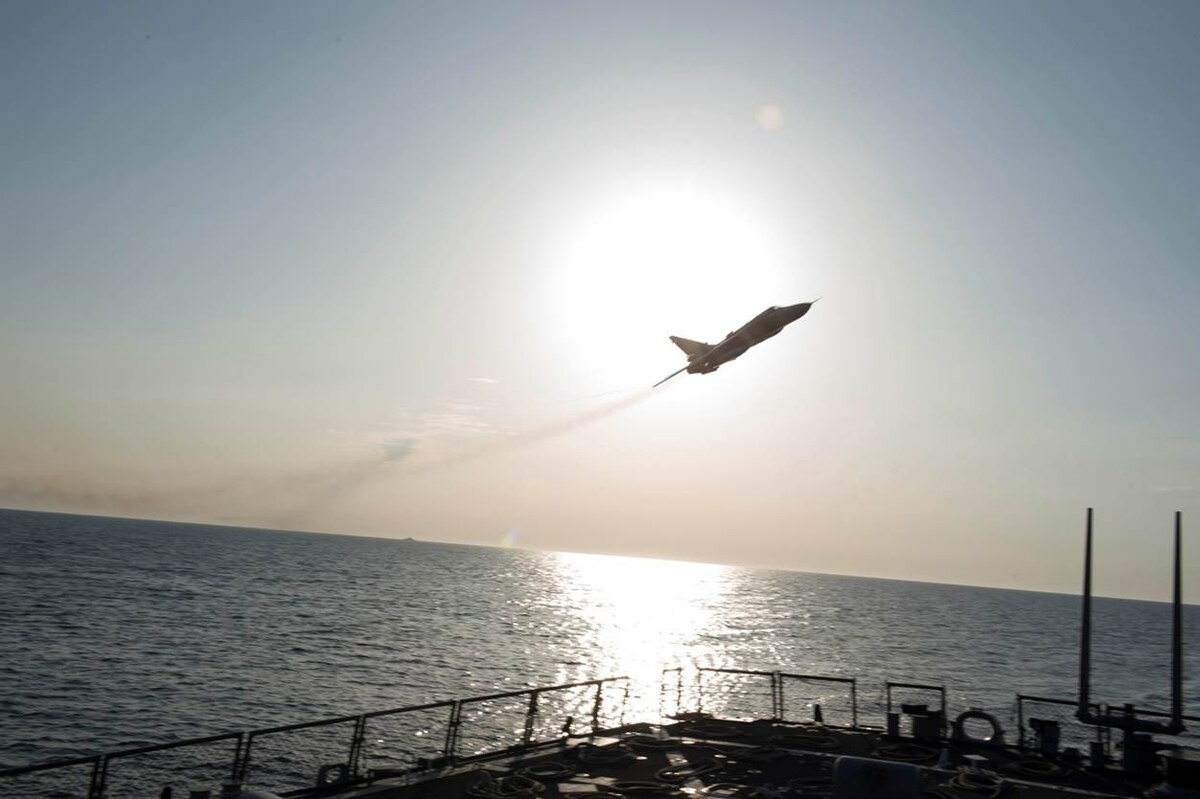 The US Navy has released a video of two Russian fighter jets of the Russian Air Force Su-24 jets making low-altitude passes near the destroyer USS Donald Cook in the Baltic Sea on April 11 and 12, 2016. Several of the passes made came as close as 30 yards from the USS Donald Cook missile destroyer. which is around three car lengths.

As the incident occurred, the US ship was engaged in training exercises with a Polish helicopter. They had to suspend the exercise when the Russian fighter jets appeared. The US destroyer in question only has a small landing pad on which the helicopter could land and take off. Wind from the Russia flybys could have endangered everyone on deck.

By buzzing U.S. Navy destroyers, Russia did what a dog does—pissing on a tree and marking its territory.

If you’re questioning the reasoning behind the behavior of the Russian fighter jets and the tactics of Russian military commanders, I would like to quote Micah Halpern who said the following in an article on the Observer – ”With all due respect to sophisticated Russian military thought and ingenuity, we can best understand this action by taking a page from the animal kingdom. Russia did what a dog does—pissing on a tree and marking its territory. The Baltic Sea is their neighborhood and not—despite being in international waters—under the control of the United States. Russia wants the US to clearly understand that this is their home turf, not communal property.”

If you enjoyed this article, be sure to check out our related work in the Combat Footage department!