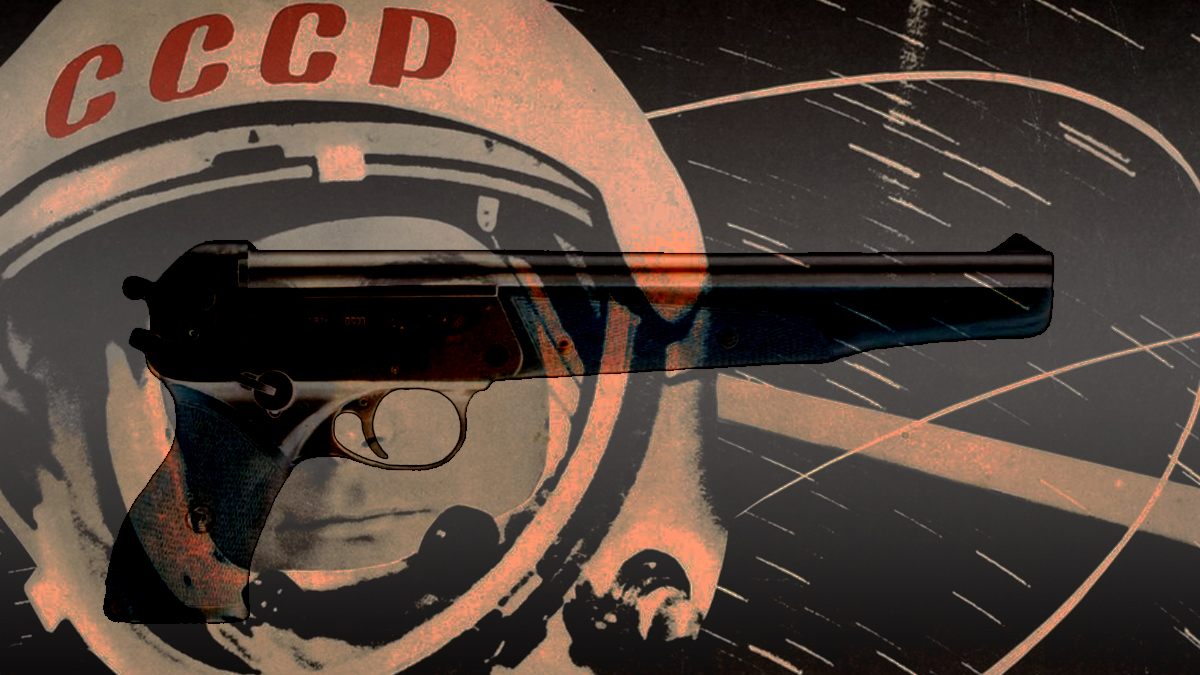 The featured artwork for our article ”Why Did Soviet Cosmonauts Take Triple Barrel Guns into Space?” was created by Olivier Ballou.

Unless you’re an ardent believer in the threat of aggressive aliens, it’s fair to say that firearms onboard a spacecraft is not a good idea. One round can tear a hole through the thin aluminum walls that are the only thing separating the crew from the vastness of space, thus spelling a death sentence for everybody on board. Another reason is prioritizing what to bring. It costs a small fortune to bring things into space and a gun doesn’t have the same usage as food, water, or equipment for carrying out experiments. However, the Soviet cosmonauts did carry guns into space and like many Russian weapons, it was pretty wild.

A Gun Born from the Hell of Voskhod 2

Voskhod 2 (Sunrise-2 in Russian) was a Soviet crewed space mission in March 1965. The Vostok-based Voskhod 3KD spacecraft was manned by two crew members on board, Pavel Belyayev, and Alexei Leonov. During its mission, it established a milestone in space exploration when Alexei Leonov became the first person in human history to leave the spacecraft and carry out a 12-minute spacewalk. He came alarmingly close to death in the process.

“What remains etched in my memory was the extraordinary silence.”

Upon their journey back to earth, the men suffered faults with the guidance system onboard Voskhod 2 and ended up crash landing 930 miles off course. The men found themselves in six feet of snow deep in the wilderness of the Siberian Taiga which is populated by countless bears and wolves. As it was springtime, this meant the animals were at their most aggressive during the height of the mating season, and the Soviet Cosmonauts only had one gun between them in order to defend themselves: A 9mm Makarov pistol.

Fortunately, both men were born and bred in unforgiving terrain and raised as hunters in the Russian wilderness. After a few days of intense survival fending off bears and wolves, the full story of which can be read on Air & Space, the cosmonauts were rescued and welcomed back to Moscow as legends. Alexei Leonov, in particular, raised the serious issue of the lack of weapons resulting in a struggle to survive in the event of crash landings. The Soviets listened and over the next few years, the Soviet Cosmonaut gun was born.

The TP-82 pistol was introduced in 1986 as a survival aid to Soviet Cosmonauts who found themselves crash-landed in hostile environments. It was designed to fire rifle rounds, shotgun shells, and distress flares. During the flight, the TP-82 was stored in a locked steel canister that sat between two of the three seats in a Russian spacecraft. It was only to be opened in the event of an emergency.

“At the end of the mission, after landing, the gun is usually presented as a gift to the Soyuz spacecraft commander”

Interestingly, the gun is fitted with a survival machete that doubles as a detachable buttstock. The iconic triple barrel design of the TP-82 is designated for the following ammunition: the upper barrels are designed to fire 40 gauge shotgun rounds whilst the lower barrel is chambered for the 5.45×39mm round, the same of which is fired by the AK-74 assault rifle. The weapon had an effective range of around 200 meters and the three compatible types of ammunition accompanied the weapon in a belt attached to it.

In 2007, after over twenty years of loyal service, the TP-82 pistol was retired from being the survival sidearm of Russian cosmonauts. In its place came the original handgun that was issued before it, the trusty 9mm Makarov pistol. The reason for its replacement was that the Soviet-era ammunition designated for the TP-82 was past its shelf life.