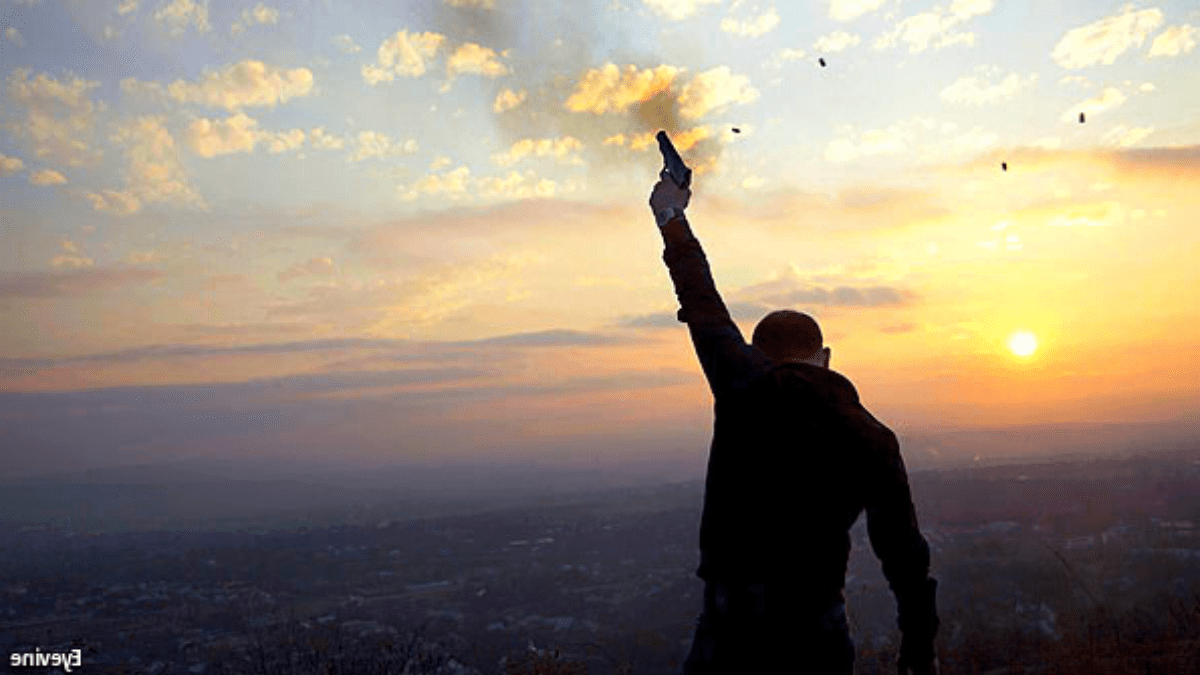 It’s no secret, Balkan people love pyrotechnics. If you spend a short amount of time in any city of Bulgaria, you’ll regularly hear loud bangs and pops. Whilst many of these are commercial fireworks, they’re equally as likely to be a burst of gunfire fires from various blank guns for sale on the open, legal market.

For the past few months, I’ve been based in the Balkan country of Bulgaria with work. In this article, I’m going to delve into the world of blank guns in Bulgaria. What they’re used for, how easy it is to buy them, and the potential of various models. Whilst U.S. readers might already be laughing whilst reading this with a fully loaded AR-15 in their hands, hold your horses.

The Purpose of Blank Guns in the Balkans

Bulgaria might be an E.U. state, but don’t be fooled, it’s by no means as ”cucked” as countries like Germany or France when it comes to gun laws. Whether you’re a Bulgarian or a long-term foreign resident, it’s actually not difficult at all to get a gun license in Bulgaria with the right to buy everything from a Glock and Makarov to a domestically produced Arsenal AK afterward. A process covered in depth by Eastern Europe Insight.

Whilst these weapons are great for sport shooting at the range and hunting, to use them in public is dangerous. Although firing live weapons into the air at Balkan celebrations was common in the 1990s and early noughties, the number of accidental deaths and even aircraft being brought down as a result of firing into the air led to a shift in public opinion against firing live rounds at celebrations.

On the 7th of January 2008, Fokker 100 (4O-AOK) aircraft belonging to Montenegro Airlines was fired upon as it made a landing at Podgorica Airport. Bullet holes were later found in the aircraft and it was judged to be a result of celebratory gunfire taking place on the ground to ring in Orthodox Christmas.

The issue is, Balkan people still love to celebrate with a bang, and sometimes fireworks just don’t do. So the alternative lies in blank guns. In Bulgaria in particular, gun shops across the country stock a massive range of blank guns and rounds. To buy one, no license is required. Due to blank bullets posing a minimal threat, there is also no limit on the number of rounds you can purchase or own.

On New Years eve of 2020, I discovered that all of the fireworks stores around the Bulgarian city I live were sold out. But a Bulgarian friend was kind enough to lend me their alternative: A Turkish-made, 9mm blank gun. This heavyweight beast seriously packs a punch.

As the clock struck midnight, we ended up firing a number of rounds in the air amidst a barrage of fireworks across the city. After seeing how much fun they were combined with the fact that they are entirely legal to own without a license, I was determined to explore what other blank guns were on offer.

Checking Out a Blank Gun Armory

A few days later, I’d finally overcome my hangover from NYE and headed to the nearest gun shop to explore. The traditionally dour Eastern European gun seller showed me the vast collection of realistic blank guns they have for sale alongside regular firearms.

When I asked to see the most commonly sold blank gun for sale, I was expecting to be shown some type of gaudy gun resembling a Desert Eagle. After all, the main purpose of these blank guns is largely theatre. But surprisingly, the most popular selling blank gun was in the form of a fairly small, compact pistol called the Zoraki 914.

Don’t let the size fool you. This little monster is named “auto” for a reason. Traditionally bought with extended mags, this can fire a rapid burst of extendo gunfire at rapid pace. As a result, it’s exceptionally popular at weddings, birthdays, and bar mitzvahs across the Balkans.

“Unless you’re an idiot who puts one against your temple and shoots, the guns are safe. They make a great self-defense tool and deterrent which reduces the risk of people being shot. Bulgaria is a poor country. I can’t rely on people walking through the door and buying $700 Glocks every day. The cheaper blank guns are much more commonly bought.”

The next weapon he showed me was another of the Turkish made blank guns called an Ekol Asi. However, this was more of a submachine gun instead of a pistol. Whilst it looks similar to an Uzi, it is modeled on the style of the Roni Carbine or Micro Roni in the sense that it’s an ABS plastic weapon that is designed to fit over a standard Ekol blank firing handgun.

With the addition of an extended mag, this Turkish copy of the Micro Roni can spray a large number of blank rounds in quick succession. You can read my coverage of the weapon in our article: Micro Roni – The Insanely Fun Blank Gun Copy on Sale in the Balkans. These automatic pistols and submachine guns make up for the visible lack of blank firing rifles.

Averaging around $100 apiece, the gun shop owner informed me that the blank guns make up a significant part of his business. The economy here doesn’t allow for regular purchases of real guns. In addition to the blank gun industry, there is also a market for accessories for those looking to buy a blank gun.

Torches, tactical holsters, lanyards, paint jobs, and laser sights. Some are largely functionless on blank guns, of course, but customization of these big boys’ toys are largely sought after by blank gun buyers. Thus it is a welcome second industry to the blank gun market.

Additionally, the guns do not steal any business from the Balkan firework industry. In the event that you run out of blank bullets, all of these realistic blank guns can be fitted with a blank gun conversion kit that can be fitted on the end of the barrel. This allows the gun to fire flares, fireworks, and other pyrotechnics instead of the standard 9mm blank rounds.

Whilst many may mock blank guns and their owners, particularly those in countries with more lax gun laws, don’t judge too quickly. In Eastern Europe, they make a safe way to have a kick-ass party trick without putting lives at risk. They also make a fairly effective self-defense weapon. Provided of course, that your adversary isn’t armed with the real thing!