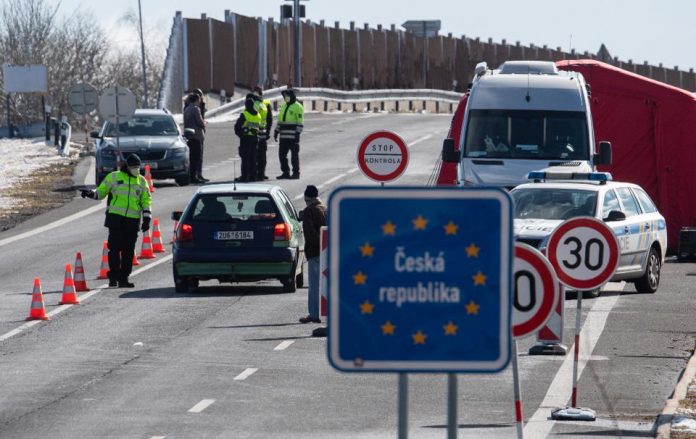 Poland, the central European country that has unfortunately been on the receiving end of countless invasions by her neighbors over the centuries managed to get a bizarre form of revenge last month with an incursion into neighboring Czech Republic, Albeit by mistake and only for a few hours.

As part of the efforts to prevent the spread of coronavirus, Poland has upped its troop numbers on the border. Last month, Polish soldiers stationed on the border of the Czech Republic in north-eastern Moravia made an incursion into the neighboring country and took positions next to a church 30 meters into the Czech side of the border which is marked by a small stream.

Czech visitors who attempted to visit the church for worship were blocked and turned back by the Polish troops who had at this point set up a roadblock at the church. A construction worker overseeing the replastering of the church attempted to take photos of his work before being stopped and unceremoniously turned away.

As news of the incursion began to spread a naturally concerned Czech government promptly got in touch with the Polish government in Warsaw to find out what was going on. An official explanation was not given but Poland simply described the situation as ‘a mistake’. At this point, the Polish troops were ordered to leave by the local Czech police.

A soldier dressed in the uniform of a foreign state and carrying a sub-machine gun started giving me orders and wouldn’t let me get closer than 10 meters. It was a terrifying experience.

When asked for an explanation on the bizarre incursion the Polish Ministry of Defence stated: “The placement of the border post was a result of a misunderstanding, not a deliberate act. It was corrected immediately and the case was resolved – also by the Czech side.”

Thankfully the situation ended without violent confrontation and worshippers were able to attend the church again without facing a showdown with Polish troops. A bizarre event indeed.