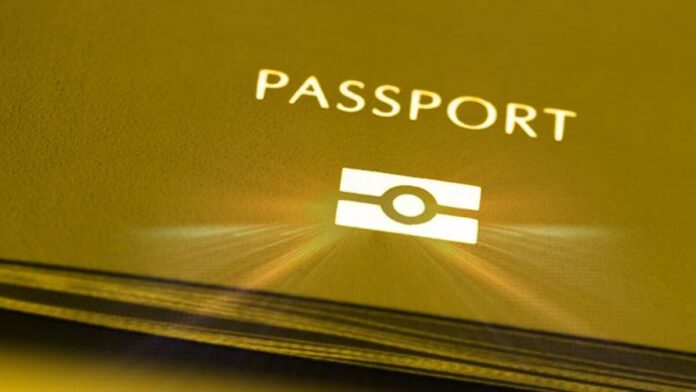 This article discusses a funny security flaw that was created 35 years ago but has since been largely forgotten. However, it can come in very handy in the current uncertain world, particularly for those who travel through less stable regions. We’re referring to so-called “camouflage passports.” These essentially fake documents are made to resemble passports in every way.
They are equipped with everything: the same design, a hard cover, watermarks, and even ID chips. The only issue is that they are printed under the names of fictitious nations.

The names of the countries that purportedly “issued” the passports are typically accurate, albeit out-of-date. We are talking about Rhodesia or Ceylon, which are now Zimbabwe and Sri-Lanka respectively. Therefore, these would typically be former colonies that have since changed their legal names. However, occasionally it can be more elaborate and named after a familiar-sounding location that has never been independent and has never previously issued passports. The British Hebrides, a group of islands off the coast of Scotland and solely a part of the UK, serve as a good illustration.

According to Wikipedia, Donna Walker is credited with having the idea for camouflage passports in 1998. More investigation reveals that this is not exactly true. According to an old LA Times article from October 1987, there were already more than 100 passports sold at the time. Therefore, it’s likely that by 1998, this industry was well established and that thousands, if not tens of thousands, of phony passports had been sold. Along with dozens of fictitious nations being established.

Interestingly, aside from the quotations from the 1987 LA Times article, there is no reliable information about Donna Walker online. The same name and birth year were found in an obituary for a woman, but the description does not quite fit. Further investigation continues, but at this point it is not clear if she was a real person.

The passports’ original purpose was quite noble. They were intended to be used in situations where an individual might be in danger due to a hijacking, kidnapping, or other form of terrorist activity. The plan was to present the attacker with a passport from a far-off nation that he might be familiar with.
A terrorist would allegedly lose interest in you and treat you more kindly. Theoretically, this might be successful for nationals with US, Israeli, or European passports. In the 1970s and 1980s, these were target nations for active terrorist groups.

Conveniently, the first camouflage passports ever issued were customized for the customers; in addition to the passport, they would also receive another form of identification, like a driver’s license or a library card. In addition, the name of the nation is typically chosen specifically to reflect the ethnicity of the buyer. To have a better chance during questioning, a reasonable autobiography appropriate for the country of issue would be written. Moreover , passports would always have some stamps from border crossings and visas; they would never be delivered blank. Sometimes these would also be from nonexistent states, just to further perplex inspection.

These camouflage passports were printed and distributed legally, at least as of the end of the 20th century. You could print a passport for a fictional nation you made up without breaking any laws. In essence, it is identical to some souvenir state passports or Expo passports.

The legality of camouflage passports has been questioned since the 9/11 attacks, along with many other things. Since that time, it is now prohibited to sell this type of passport in America. Although it is still legal to possess them in the majority of other nations, they are obviously not accepted anywhere and cannot be used to cross borders.

Surprisingly, it can be difficult to locate any relevant information about camouflage passports in the modern era. Of course, you can still buy them online, but it’s challenging to trace any useful details regarding their intended use.
When you stop to consider it, that makes sense. Checking the validity of a passport back in the 1980s was much more difficult because very few border guards worldwide had access to an electronic database.
Nowadays, all you need is a smartphone with internet access to learn that Zaire no longer exists as a nation and that the passport holder is, at best, dubious.

However, it is still conceivable that these passports could be useful in less developed nations, particularly at land borders in isolated areas. With a reasonable chance of success, you could try crossing these borders using a fake ID.

Furthermore, using such a passport in a hostage situation still has a very high chance of success because a potential kidnapper group would obviously not have the time to spend looking up every single British overseas territory on a map.

However, if you’re underage, the best use of such a document is to enter a pub in the United Kingdom or a bar in the United States, where you will easily pass for an international student.